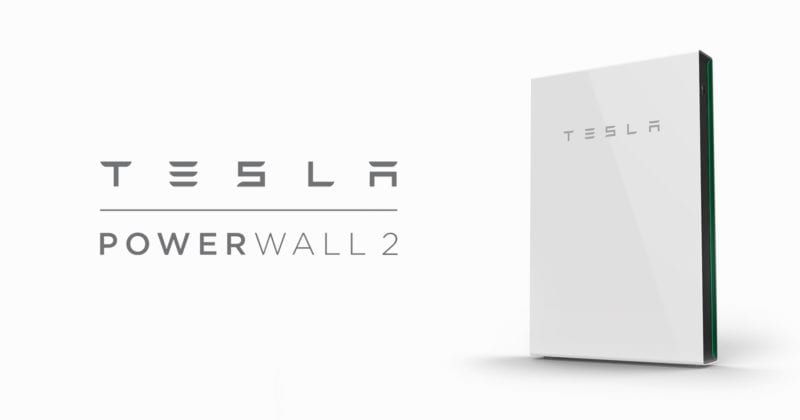 In 2015, Tesla Motors introduced their first-generation Tesla Powerwall; the first battery product of the Tesla brand, which has since transformed the home energy storage market.

A year on from the release of the original Tesla Powerwall, Tesla has introduced a new generation of Powerwall - The Tesla Powerwall 2. The company has significantly improved the new Powerwall by doubling the energy storage capacity from its predecessor. The Powerwall 2 is also equipped with new app updates and features to improve online monitoring and customer experience. Tesla continues to innovate in the battery storage market, with the Powerwall 2 becoming the perfect addition to a homeowner’s solar PV system.

Features of the Tesla Powerwall 2

The Powerwall 2 is a rechargeable lithium ion battery with liquid thermal control. As Li-ion batteries have a high sensitivity to temperature, liquid thermal management plays a vital role in the efficiency, dependability and longevity of these batteries. Notably, the Powerwall 2 currently remains as the only battery system in the market with liquid cooling, allowing it to function in a wide range of temperatures.

To keep up with the industry, Tesla has made notable improvements in their latest generation of Powerwall. Notably, the biggest improvement is the amount of energy the battery can store. While the former can store 6.4 kWh of electricity, the Powerwall 2 comes with twice the storage capacity at 13.5 kWh.

Aside from more storage, the Tesla Powerwall 2 comes with the exciting feature of an integrated battery inverter that allows it to be AC coupled to any existing solar system. The inverter’s size is not confirmed yet, however due to the 5kW’s of continuous power output (peak output rating at 7kW), the inverter size will be at least 5kW’s or more.

The Powerwall 2 is also more compact, designed with a rectangular shape compared to the sleek curves of the first Powerwall. It’s IP rating of IP56 is considered high, but it’s best installed in a sheltered location out of direct sunlight.

Just as the first Powerwall was created in collaboration with Panasonic, Tesla once again teamed up with the tech giant to develop the Powerwall 2’s lithium NMC (Nickel-Manganese-Cobalt) battery cells.

The battery features different modes of operation, including Grid Services, Storm Watch, and Preconditioning, allowing it to reach different levels of optimisation in response to the environment.

For the Powerwall 2 to operate as a backup power supply in the event of blackouts, the Backup Gateway 2 will separate the backup circuits from the grid and will allow for an off-grid function.

Tesla and the Environment

After Tesla acquired Solar City in 2016, the company expanded its portfolio with the addition of several clean energy products, such as solar panels, solar roof tiles and battery storage. Tesla is no stranger when it comes to tackling climate change. The company is known for their production of electric cars, including the Model S, Model X, and Model 3 cars. Tesla is also working on several community battery projects, such as the South Australia Virtual Power Plant and the University of Queensland Power Pack.

Infinite Energy is an Authorised Reseller of the Tesla Powerwall 2. If you would like further information or a quote, please contact us today.