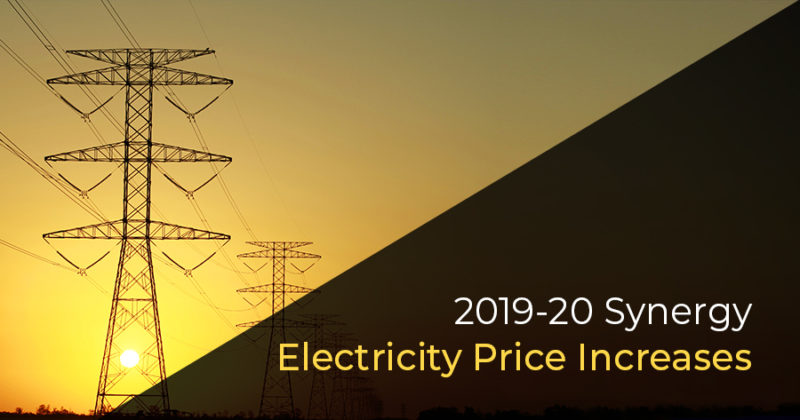 WA State Treasurer Ben Wyatt has announced an increase in electricity prices of 1.75%, starting from July 1.


From the 1st of July 2019, electricity prices will rise at the forecast rate of inflation of 1.75%, taking the typical annual household electricity bill to almost $1800.

This rise is part of several fee changes that will see households pay almost $130 a year extra for services including power, water and transport.

The increase may not seem like a huge amount; however, this would mean electricity bills have risen around 20% in the last few years and more than 100% increase in electricity charges in WA since 2008.

Mr Wyatt said he recognised that considerable increases to power bills over the last two years were hurting people. In April, the Economic Regulation Authority released a report stating the rate of residential disconnections in WA had more than doubled over the past two years.

While the Opposition called for fees and charges to be frozen next financial year to spare households any further financial hurt, the Treasurer stressed that keeping charges on hold would only lead to bill shock for households in later years, "The problem with a freeze is it creates a time bomb, a freeze holds down what will come down inevitably," he said.

If you’re worrying about the impact these changes will have on you, investing in solar can help households extremely limit their usage of grid electricity, effectively avoiding the impact of the Synergy A1 increase and future price rises to come.

Installing solar means saving on your electricity bill from day one. This translates into a return on your initial investment of 15 - 30% per annum for the lifetime of your solar PV system (20+ years).

New research has shown that an average home with between a 5kW – 6.6kW solar system can expect their system to pay for itself in just 2.5 – 4 years.


Increase the Value of Your Home

Energy efficient homes have been proven in both the US and Australia to sell at a significant premium (up to 19% more) to less efficient ones.

Plus, up to three quarters of renters say they would pay an additional $10 per week to live at a property with solar energy.

Using the electricity you’ve generated via your own solar system means that you’ll draw less electricity from the grid, the majority of which is produced at coal power stations.

Installing a solar PV system is the single most effective step you can take towards reducing your carbon footprint.

With over 15,000 installations to our name, Infinite Energy are experts in designing and installing the perfect solar PV system for every home.

To find out how much installing solar could save you, click here for a no obligation quote or give us a call on 1300 074 669.