What Is The Difference Between STCs And LGCs? | Infinite Energy 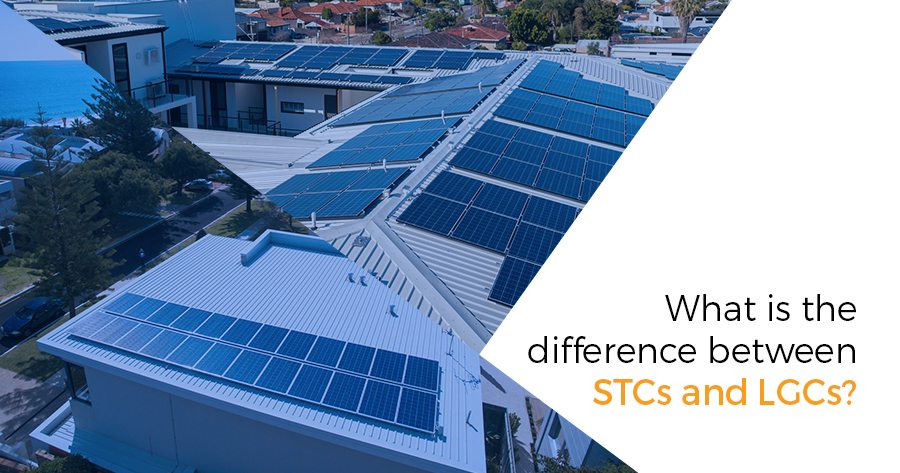 The Renewable Energy Target is a Federal Government policy designed to ensure at least 33,000GWh of Australia's electricity comes from renewable sources by 2020.

STCs and LGCs also differ in the way they are generated and sold, which this blog will explore.


How STCs are Generated

As previously mentioned, the role of the SRES is to issue Small-Scale Technology Certificates (STCs) for renewable energy installations under 100kW in size.

The number of STCs issued is based on how much electricity the system will generate until 2031, with one STC equalling one megawatt-hour of electricity.

STCs are an electronic form of currency that can be purchased, sold, and traded on an open market, meaning their value fluctuates with supply and demand. It’s common practice to allocate the STCs to the system provider in exchange for a discount on the upfront purchase price.

Due to changes made by the Federal Government, STCs are being reduced by 1/15 (around 6-7%) every year until 2031, when they are phased out completely.

This means the sooner you invest in a solar power system, the more you’ll save on the upfront cost.

Unfortunately, there is also no guarantee the decreased STCs will stick around until 2031. The Federal Government, regardless of which party holds power, has the ability to axe the incentives at any point in time.


How LGCs are Generated

One LGC is created for every megawatt-hour of electricity your system generates. Like STCs, LGCs can be purchased, sold, and traded on an open market and their value fluctuates according to supply and demand.

The key difference between STCs and LGCs is that LGCs are produced on an on-going basis, as opposed to STCs which are created upfront.

In order to create LGCs, your solar PV system needs to become an ‘accredited power station’. The first step in doing so involves you becoming a ‘registered person’ in the REC Registry.

Following successful accreditation, LGCs can be created in the government REC registry where, once validated, they can be made available for purchase. As previously mentioned, just like STCs, LGCs are sold through the open market, where the price will vary according to demand.

While this is the traditional method of creating and selling LGCs, Infinite Energy offers two additional options which remove the price risk associated with the long-term LGC market price.

Receiving the LGC revenue upfront means your upfront capital cost is significantly reduced, making it perfect for projects restricted by a specific budget.

Under this option, Infinite Energy takes on the risk associated with the long-term LGC market price and provides your business with a fixed upfront discount. Because of this risk, the LGC value offered by Infinite Energy will not be as high as the current market price.

Infinite Energy can also offer LGCs in the traditional annual model, but hedge and guarantee the spot price for the first 5 to 10 years.

This option provides your business with price certainty and removes any risk associated with fluctuations in the long-term market price for LGCs, making it well suited for those who are risk adverse.

As with receiving LGCs upfront, Infinite Energy takes on the LGC price risk so the value offered when hedging LGCs is likely to be less than the current spot price.

With over 10,000 installations under our belt, Infinite Energy is able to assist and manage the accreditation and sales process for both STC’s and LGC’s.

If you would like more information on government incentives for solar please call us on 1300 074 669, or click here to request a no obligation callback.