What does the “solar tax” mean for you? | Infinite Energy

What does the “solar tax” mean for you?

What does the “solar tax” mean for you? 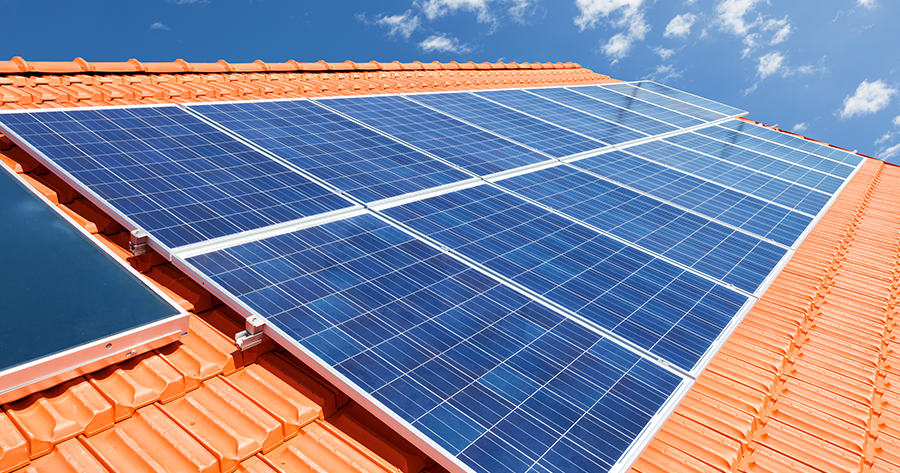 These reforms are part of the AEMC’s attempts to move towards a future energy grid that will need to accommodate more and more distributed renewable energy, as more Australians invest in things like solar power systems for their homes.

There has been some fierce opposition to these rules from many in the renewable energy sector, with many proclaiming that the changes proposed represent a tax on the sun and are unfair to households who have chosen to invest in and share their clean solar power.

But what does the AEMC’s final determination actually mean for those considering installing solar power systems and for existing solar households?

Firstly, let’s look at why these reforms were required in the first place.

Australia leads the world when it comes to solar uptake; nearly three million households have solar power systems and that is expected to double over the next 10 years. Because of this, Australia requires a network that incorporates an increasing amount renewable energy sources like solar power and wind, and energy resources including solar battery storage, EV’s and home automation.
The tricky things is, the traditional electricity grid was designed to accommodate a few centralised energy providers, namely coal and gas power plants. So, the rapid uptake of distributed energy resources like solar cause issues in ensuring reliability of the grid.

According to the AEMC, these new measures were designed support a modern electricity grid and to encourage increased battery uptake and investment, maintain the value of solar investments and to help reduce instances of overloads and fluctuations of power within the electricity  grid.

As their website states, “We need to keep power affordable, sustainable and secure as we implement a new way of operating the power system to deal with energy flowing both to - and from - consumers.”

What does this all mean for WA solar households?

In a nutshell, not much… yet. Since Western Power and Horizon Power are not regulated by the AEMC, these newly announced reforms don’t directly apply to WA solar households.

That being said, keeping up to date with the changes happening for our eastern states neighbours is very important, as WA’s energy networks are undergoing our own transformation as part of the Distributed Energy Resources Roadmap which we have written about previously. If the changes that are rolled out for the National Electricity Market (NEM) are successful, then we may see similar changes rolled out across the country. It’s all up to the WA State Government as they determine the energy policy here in WA.

Now that we have explained the basics, here are the most important take-aways from the AEMC’s reforms:

In September 2021 the Australian Energy Regulator (AER) will begin a consultation process to develop a guideline for network pricing structures and how networks should develop their proposals, which would include the option to charge solar power system owners for their exports to the grid.

Even though these haven’t been decided just yet, establishing the impact of these tariffs would need to be done on a case-by-case approach, as it will depend on factors like a solar power system’s size, relative feed-in tariffs, and the export tariff approach taken by the relative electricity network.

As a rough guide, the AEMC has said that average sized systems would face between $10-100 annual charge, or 2c/kWh.

According to the AEMC, assuming there is no change in consumer behaviour in response to the export charges; “even under a worst-case cost scenario, solar owners choosing paid plans would still earn at least 90% of what they do now.”

The AEMC has made a point to note that it is not setting the export charges, this will be left to the distributors to determine. This means that any expected savings or costs cannot be calculated until the electricity distributors have set their export charges.

“Where consumers can increase their self-consumption of solar PV generated, the impact of export charges can be offset by a corresponding increase in the benefit from self-consumption,” it says.

Customers still have a right to export, but zero-export limits aren’t completely ruled out

One of the more positive aspects of the AEMC proposal is that it removes the Distribution Network Service Provider’s (DSNP, AKA your energy provider) ability to place blanket bans on customers sending solar power back to the grid.

We have seen this play out recently, particularly in South Australia, where solar households have come up against strict limits to the amount of energy they are allowed to export to the grid, or simply being unable to export their solar power at all, in order to ensure “grid stability” when energy demand is low.

Under the AEMC’s proposal, however, a DNSP will not be able to offer a fixed zero export limit to a customer who is seeking to connect a new small-scale rooftop solar power system to the network, unless it has been requested by the customer, or if an exception listed in the AER’s connection charge guidelines applies. However, just what these exceptions determined by the AER are, have not been explicitly stated yet.

As the AEMC explains; “The Commission considers it is inappropriate to introduce a complete prohibition on DNSPs offering static zero limits as there may be circumstances where it is efficient or necessary for DNSPs to apply them.”

So, while it seems as though the AEMC is not overly keen on the idea of blanket zero export limits, it concedes that sometimes they may be necessary.

As the AEMC explains on its Fact Sheet, networks will be allowed to offer paid export plans but will also need to offer a free basic export service, which will need to involve a overall limit on the amount of solar power a household can export based on the limitations of the local network.

Many solar households have already had their solar power exports limited to 5kW, but under this new tariff structure, those who choose not to pay for the ability to export their solar power back to the grid can expect to face tighter export limitations instead.

Infinite Energy Residential Sales Manager, James Elliott, has commented on the proposed export limitations, saying “It seems as though the DNSP will be placing responsibility on solar retailers to ensure solar installations are able to meet the networks ever-shifting requirements”

There is still time before the new rules apply

One of the main takeaways from all of this, is that there is no need to panic, just yet.

These new rules will take effect for DNSPs on July 1st, 2022, but will be slowly introduced to their customers over a decade, which will allow time for existing rooftop solar power systems to continue on as before.

This delay is due to a provision, largely lobbied for by Total Environment Centre and Australian Council of Social Service, which prohibits DNSPs from putting existing solar customers onto export tariffs until July 2025.

Now is the time to get smarter about solar power

Regardless of these changes brought forward by the AEMC, it’s safe to say that the days of generous feed-in tariffs are gone and it is time for solar power system owners to start looking at different ways to benefit from their investments.

This could include adding solar battery storage onto your existing solar energy system or investing in an electric vehicle (EV) to make use of the excess solar you would normally export back to the grid.

What we can say for sure, is that the days on unbridled grid connections for “dumb” solar systems will be coming to a close. The distributed energy revolution will be entering a new phase, and this is good for homeowners and network operators alike.

One important factor to consider, which Infinite Energy are strong proponents of already, is trying to self-consume as much of your own solar power as possible, rather than trying to export more to the grid. This can be as simple as using large, energy-hungry appliances like your dishwasher, washing machine or air-conditioner during the day when are producing the most solar power, rather than at night.

Investing in technology like a smart meter, or online monitoring or home automation will help you to make smarter energy decisions and ensure that you are making the most of your solar power investment.

With over half a million orphan systems in Australia already, partnering with an established and experienced retailer like Infinite Energy, means that you will have a reliable solar partner to support you, no matter what changes the future may hold.

At Infinite Energy, our aim is to help eliminate confusion about solar power and to educate all Australians so they can make smarter decisions about investing in renewable energy. If you would like to discuss investing in a solar power system for your home or business, get in touch with us by requesting a call-back or calling us on 1300 074 669 to speak to one of our experienced energy consultants.