Can you charge an electric vehicle with solar power? | Infinite Energy

Can you charge an electric vehicle with solar power?

Can you charge an electric vehicle with solar power? 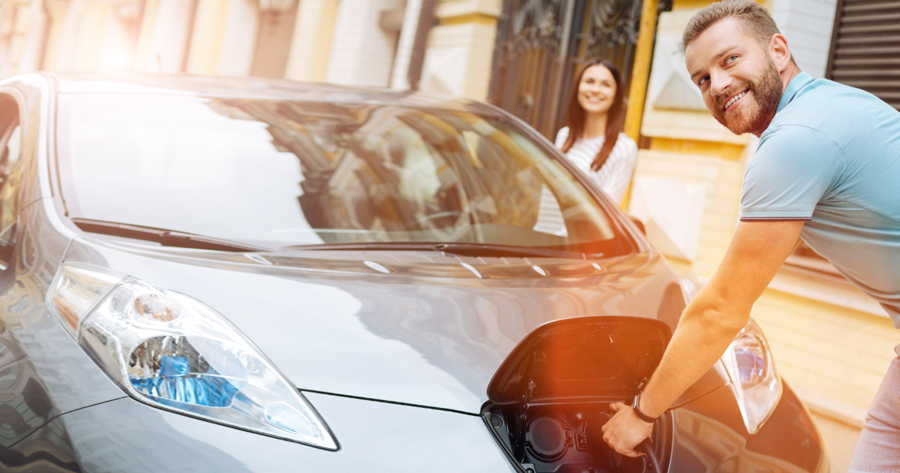 Back in the early days of residential solar, homeowners around Australia could receive up to 60 cents per unit of electricity they sent to grid, making exporting any excess a highly desirable prospect.

Unfortunately, that’s no longer the case. These formerly high feed-in tariffs have been reduced to from 3 to 17 cents, depending on where you are in Australia and what kind of electricity plan you are on. At night, these same electricity users must pay at least 26 cents to purchase this electricity back in the evening.

These changes have led to many solar panel owners are looking for ways to maximise the consumption and storage of their solar energy, in some cases by buying either a home battery system or an electric vehicle (EV). In this blog we’ll examine the practicality of charging your EV with solar power.

To begin, we’ll quickly run through the common types of Electric Vehicles predominately found throughout Australia.

While less environmentally friendly, PHEVs usually have a longer driving range than BEVs, thanks to their additional petrol or diesel engine. However, when operating in electric-only mode, PHEVs have a lower driving range due to the added weight of their internal combustion engine.

How do I charge an electric vehicle’s battery?

All plug-in EVs sold in Australia utilise a lithium-ion battery, usually very similar to the technology found in a lot of solar batteries. However, because plugs and connectors differ between vehicles, types of charge points cannot always be used interchangeably.

As a general rule, there are three ways to charge a plug-in EV.

Is it cheaper to run a petrol or electric vehicle?

As the average kilometres travelled in Australia for private vehicles is around 13,250km, vehicles owners switching from petrol to electric could save up to $1,300 per year.These savings can increase even further if some (or all!) of the electricity used to power the EV is your own, free solar power.

Is it possible to charge an electric vehicle with solar panels?

In a word, yes! Your solar inverter will ensure your home always uses your own solar power that your system energy system generates first, only accessing additional energy from the grid when your own supply is not enough.

Instead of exporting any solar electricity that you don’t use to the grid for a small feed-in tariff, you can instead use the electricity to charge your EV. This is similar to how excess electricity is stored in a battery, except that you will use it to power your car instead of your home appliances.

If you’re able to charge your EV in the morning or during the day, your solar power system could easily partially or fully charge your EV.

If you are like many Australians who do the majority of their driving during the day or will have their car at work during the day and plan on plugging in your EV to charge in the evening, your solar power system may not do much in the way of helping charge your EV.

In this instance, where you may not be able to charge your car using just solar electricity, using just five units or solar power instead of grid-supplied power a day could lead to savings of $440 per year, so it might be worth seeing if you can charge your car in the morning before work or trying to catch some afternoon sun when you get home.

Because your EV is like any other device in your home, maximising the savings your solar power system produces will depend on how smart and efficient you can be with your usage. By making smarter choices in how you use your energy, you can make the most of the carbon footprint reducing power of your EV.

To learn more about the benefits of solar for your home or to find out more about electric vehicles and EV chargers, give us a call on 1300 074 669, or click here for an obligation free call-back

Information stated correct as of July 2021