Med-Con is an established leader in the production of surgical face masks and disposable head wear, as well as other in-demand protective apparel for medical and industrial applications. Med-Con is Australian owned and operated, and is currently contracted by the Federal Government to supply protective medical PPE to millions of Australians and front-line healthcare workers in the fight against Covid-19.

With a surge in manufacturing and productivity, Med-Con's energy requirements have significantly increased. Already aware of the benefits that solar could provide, they decided now was the optimum time to invest in a commercial solar system. Infinite Energy designed and installed a 40kW solar Pv system, using premium SunPower Performance 3 solar panels and Fronius Symo inverters.

The system will support the companies energy intensive operations, providing 54,085kWh's of energy each year, which equates to a saving of just over $16,000 in the first year. Over the course of the system's 25 year expected lifetime, the system will have saved Med-Con $535,400 in electricity costs. On top of this, the commercial solar system will prevent 30 tonnes of harmful CO2 being emitted each year, the equivalent of 110 trees. 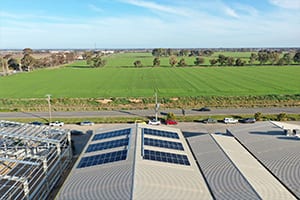 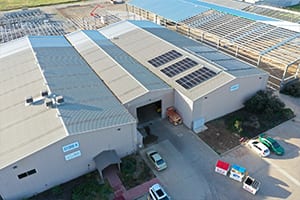 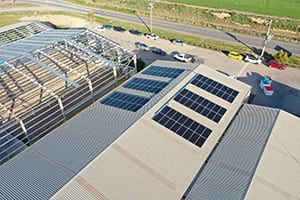